I am 26 years old. Anyone who was born in the late 80s/90s and into the same socio-economic background as me has had a pretty bleak political experience thus far in life.

I was born under a Conservative government. John Major became Prime Minister the year I was born. I remember seeing him on television as a very young child and not understanding why he made my parents so angry.

Aged 7, Tony Blair became our Prime Minister. I was too young to understand the differences between Labour and Conservative at the time, or what the meaning of the election was. In hindsight, I can see that his leadership of the country made some good changes after the Tory rule of the previous 20 years. However he also presided over the changes in charges for University, opening the doors for future governments to increase them more, a decision which has left me with £25,000 of student debt.

Fast forward a few years, and we saw Tony Blair resign and Gordon Brown take the helm. The first election I could vote in came. 2010. I was at University. A lot of us were excited and enthused by Nick Clegg’s claim that his Party would abolish tuition fees if they came into government. There was nothing particularly new or refreshing coming from Gordon Brown, as I remember. The results came in- the coalition took control. Nick went back on his promise. The Conservatives continued on with their destructive and divisive plans for welfare and foreign affairs and the country in general.

After the disappointment and lies in the election, I became once again disenfranchised with politics. Lies after lies. More white, Eton educated men in expensive blue suits telling us what we should think and how we should live. More spin, and soundbites and bombs. What was there for me and many others like me to connect with? I watched from the sidelines, not doing much. Just getting gradually more and more pushed away and angry. Knowing deep down that this wasn’t good enough and there must be something better.

2015. Ed Miliband. The politics of the “soft left”. Ed seemed like a good enough option. I thought that was all the Labour Party could give. He said some things I agreed with, some that I didn’t. He had some exciting ideas on the agenda but never seemed to have the conviction to see them through properly. He didn’t push me to become active in society but I voted Labour, with hope. Turnout amongst young people was 47%.

The day after the results were announced was a day of deep sadness. Me and my boyfriend and my brother and his friend stayed up to watch the results and as they came in, our initial cheeriness turned to anger. Once again we were being let down. I remember thinking the day after “this can’t be it.” I knew I had to get active and do things to promote change. And then came the nudge a lot of us needed. Jeremy put himself forward and suddenly there was someone who spoke for us. Who said what we believed. As I mentioned in my previous blog post, he inspired so many of us.

Our children will be the first generation in a very long time who will be worse off than their parents. If we had Jeremy Corbyn as Prime Minister, we would have a chance.

I won’t repeat myself too much about what happened since his election. I joined the Labour Party and stood for election as Town Councillor, our local Young Labour group went from no members to around 15 active members, which is still increasing day by day. All people who feel the same as me.

Jeremy is the first ray of hope in a politician we have ever, ever seen. His recent policy announcements would ensure that young people under his government would not be left on the scrap heap. I recommend reading this article in the Huffington Post in regards to his policies and how they would affect young people across the country: http://www.huffingtonpost.co.uk/caroline-hill/jeremy-corbyn_b_11330248.html

People are quick to dismiss us as naive. “You don’t know what it was like in the 80s” I have been told time and time again. No, I may not have been alive in the 80s but I know how destructive neo-liberal economics has been. I know that the results of the 1983 election were complex and were lost for the Labour Party for many many reasons, not because “Michael Foot was too left wing”. It cannot be used as a reason to disqualify us from the debate around the Labour leadership. I would urge you to read this article, which gives a more in depth overview on why we lost in 1983: http://www.redpepper.org.uk/1983-the-biggest-myth-in-labour-party-history/

Now, my worry is this. Imagine being my age. Imagine having gone through the constant disappointment and disillusionment felt by the politicians and political choices we have experienced in our years of life. Imagine Jeremy coming along. Imagine everyone attacking him from every possible angle. Imagine older people in the country deciding your future with the EU. Imagine IF he is ousted from the leadership of the Labour Party. Would you, honestly, hand on heart, say you would stay actively involved in politics? We risk disenfranchising an ENTIRE generation.

You may have seen people like Jeremy before. You may have been lucky enough to have lived under a decent Prime Minister before. But we haven’t. We have been let down time and time again. We have never been given a reason to be involved in politics.

As it stands, we have an active, involved, excited voice from young people, who overwhelmingly support Jeremy. That is not something we can ignore. 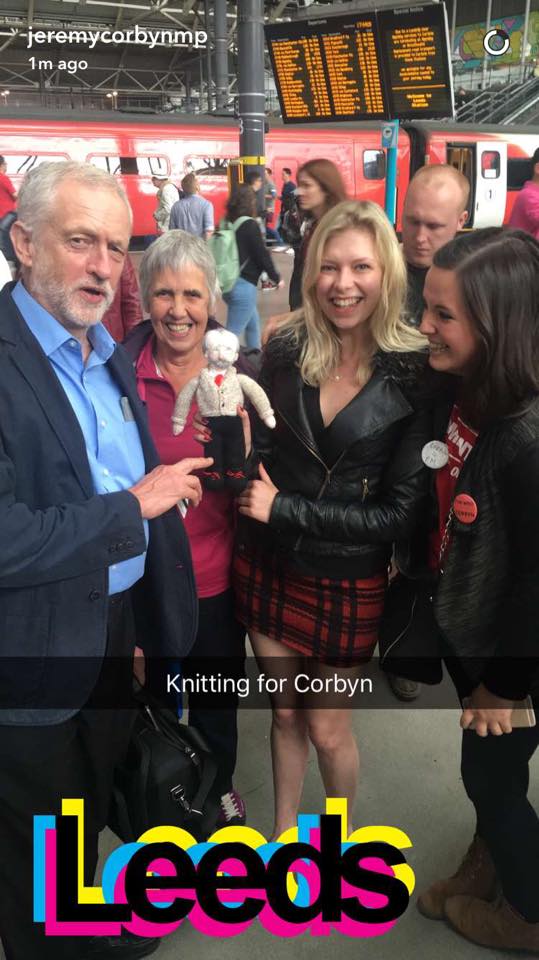 4 thoughts on “Young people and Corbyn”

I'm Beth, and I am a proud socialist, a proud feminist and a proud northerner. All views are my own. Thank you for taking the time to read my thoughts!
%d bloggers like this: